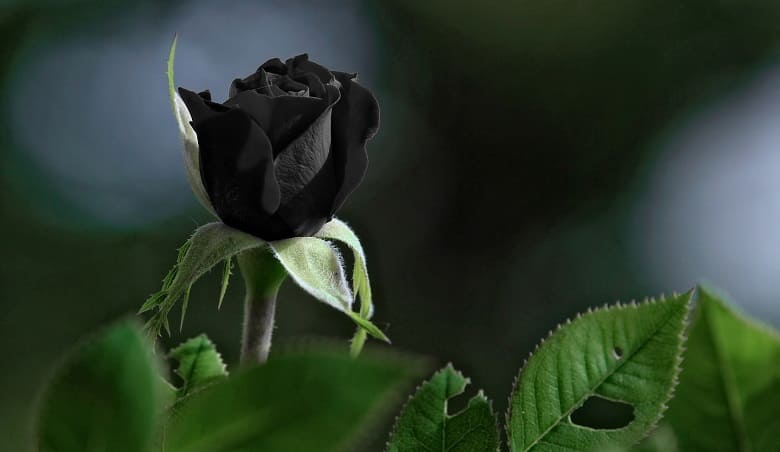 A black rose is considered more a fiction than reality. Over the years, it has been used as a symbol in fiction to depict various meanings. It is called by various names like the black velvet rose, black magic, black beauty, barkarole, Tuscany superb, black jade and more. The real black roses are actually red, purple or maroon roses with a very dark hue. This dark color can be further deepened by placing the rose in a vase of water with black ink. But real black roses do not grow originally.

Any colored rose can be made to look black by dyeing it. You need to place it in black ink to give it a darker hue. You also get a black color in any rose by burning it under controlled circumstances.

Black roses have many different meanings. They symbolize ideas like hatred, death and despair. They also signify farewell for good or rebirth. There have been endless mentions of a black rose in Gothic literature, but a true black rose is impossible to find in nature. 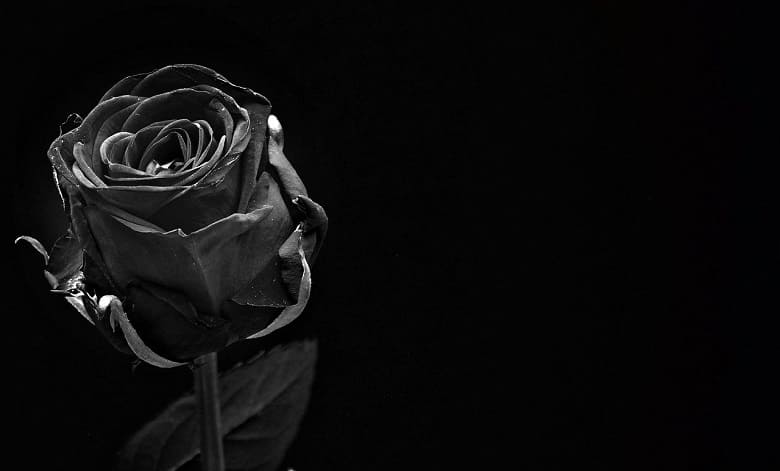 A black rose signifies everything opposite to a white rose. It depicts ugliness, immorality and revenge. But tarot cards do not have black roses at all.

In Nazi culture, a black rose symbolized winning over traitors and it depicted the sentiment that ‘all is well’.

A black rose was used in the vampire series of Amelia Atwater-Rhodes. Lisa Jane used it to convey the sentiment of mayhem and to represent non-humans. Black Rose symbolizes dishonor in the fiction series Dragonlance.

Black roses represented evil love between two villains in the popular video game ‘Fable’. It represented ferocious beauty and deep romance. The title ‘Black Rose’ has been used in many books, series, songs and such other literature and art.

What is the meaning of a Single Black Rose? 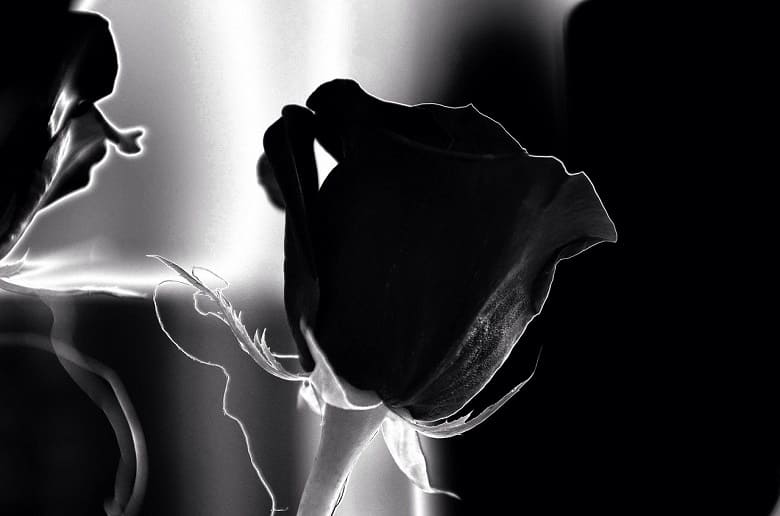 Where are Black Roses Found?

It is believed that black roses are grown in Tibet, but this has not been verified till now. In another story, a video went viral in 2013 in Turkey showing a black rose. It was called ‘kara-gul’ in Turkey. It bloomed in the soil of Halfeti because of a special kind of soil there. This village of Halfeti is situated next to the historic Euphrates river. It is said that this flower starts growing in a deep shade of red and then slowly changes its color to a velvety black. One theory suggests that the black hue can be because of the unique soil pH that is the result of the Euphrates river. But when people tried buying black roses for sale from Halfeti, it was found that the images were heavily photoshopped. The story might be a hoax after all.

Can I get a Black Rose plant Online?

How do you Use a Black Rose?

The color black depicts death and mourning. A black rose is often used in funerals to mark the end of something and to signify new beginnings. It is considered as the color of sadness and farewell.

This is all you need to know about black roses. These are definitely mysterious and symbols of hatred. But if gifted by someone you love, it can also mean that you are rare, elegant and out of the crowd. Black roses can also be given to a rival to show your hatred and revenge to them.