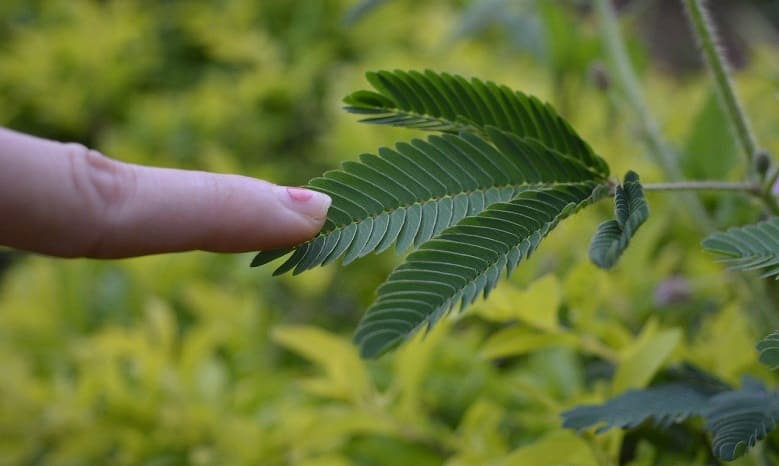 Have you ever wondered why the ‘touch me not’ plant is called so? Well, as it’s name warns, this plant has tiny leaves that shut or close when you touch them. Hence the name. Let us know more about this intriguing plant.

The scientific name of the Touch Me Not plant is Mimosa Pudica, that is derived from the Latin word, pudica, that means ‘shy, bashful or shrinking’. This one is a sensitive plant and it is sometimes also called the ‘sleepy, action or shameplant’. It is a creepy perennial or annual flowering plant belonging to the legume family. It has compound leaves that fold inwards and droop on being touched or shaken. They perform this action to defend themselves from harm and then re-open after a few minutes. The plant was first studied in detail by French scientist Jean-Jacques d’Ortous de Mairan. 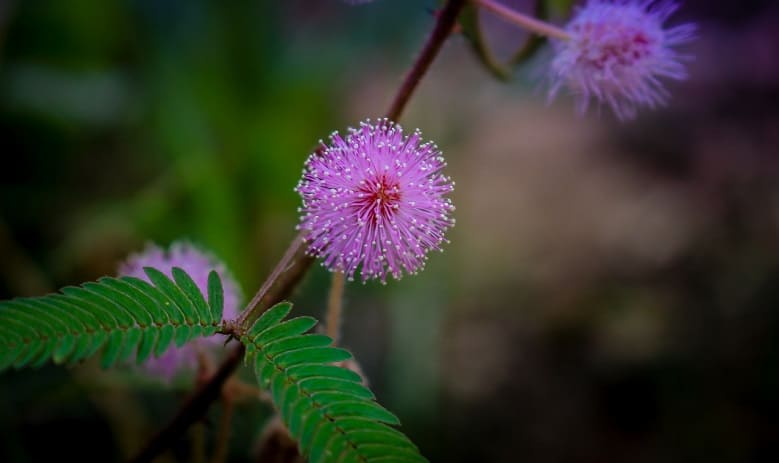 These plants have an erect stem when they are younger. As they grow, the stem begins to creep or trail. It can hang very low and get floppy. The stem of these plants is slender, branching and somewhat prickly. These generally grow to a length of 1.5 m. The leaves are found in one or two pinnae pairs and approximately 10 to 26 leaflets per pinna.

The petioles are also quite prickly. The flowers are generally pale pink or purple. On close observation, the floret petals appear to be red in the upper part with pink to lavender filaments. The fruits appear in clusters of two to eight pods from 1 to 2 cm long each. The pods break into two to five segments to reveal pale brown seeds. These flowers are wind and insect pollinated.

The roots of this plant produce carbon disulfide in the soil that prevents many pathogenic and mycorrhizal fungi from growing in the plant’s rhizosphere. This, in turn, leads to the formation of nodules on the roots that house endosymbiotic diazotrophs that fix nitrogen and make it usable by the plant.

Why do the Leaves Close on being Touched?

The leaflets of this plant close on being stimulated. Any kind of stimulating action such as warming, blowing, shaking, touching or being exposed to bright light, are termed as seismonastic movements. This reflex action is actually a defense mechanism to protect themselves against predators. When exposed to extreme light, the leaves may shut or close to reduce water lossage too. The stimulus is transmitted from the leaflet to the leaflet’s swollen base, known as pulvinus, and then to the pulvini of other leaflets that run along the length of the rachis. This action is then transferred to the petiole and finally to the large pulvinus at the end of the petiole, just where the leaves attach to the stem. 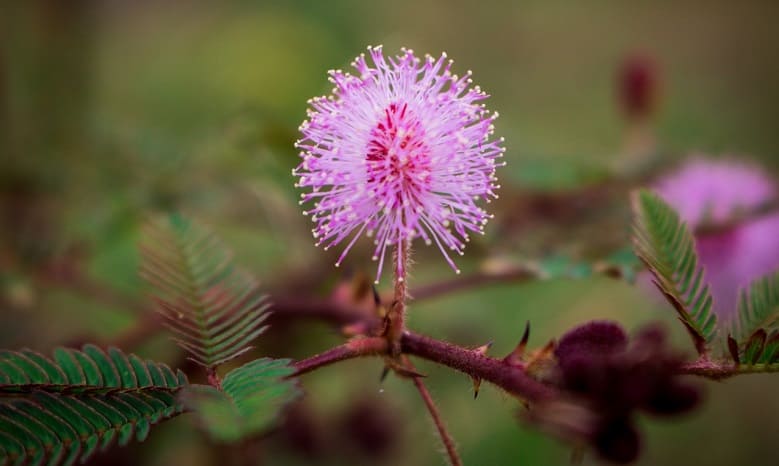 This plant is mostly grown as an indoor annual plant, and sometimes as a groundcover. Propagation is done by seed mainly. It grows well in nutrient poor soil that allows proper water drainage.

These are some of the important characteristics and features of the strange Touch Me Not plant.